***UPDATE 4/8/2021: After writing the original post, I decided to phone the Public Access Counselor (PAC) of the Attorney General’s Office to discuss possible Open Meetings Act implications of the incident described in it. Following the discussion, I filed a Request for Review and today I was notified that the PAC has accepted the request. Below is a copy.

The TIF forensic assessment revealed that City of DeKalb was unable to locate documents the auditors asked for, even basic records like invoices. We will never know whether the city lost invoices or just paid the developers without bothering with them. But here’s a clue: careless handling of contracts worth more than $180,000, to be paid out of TIF funds, occurred during a council meeting just last week. At minimum, the handling lowered their visibility.

1. Consideration of a Contract with Gehrke Construction for the Repair and Remodeling of Fire Station One in the Amount of $139,205.00.

And here’s the first resolution on the same agenda.

1. Resolution 2021-023 Approving a Second Addendum to the Non-Exclusive License Agreement for the Installation of Underground Fiber Optic Facilities within the Public Right-of-Way (Dated June 15, 2010) for the Expansion of the Annie Glidden North Broadband Infrastructure Project.

Two things distinguish a resolution from a consideration: level of detail and a unique identifying number. A consideration is a discussion item only, meant as a way for city staff to take direction from the council on next steps, which might eventually include a resolution. A resolution, on the other hand, is an action item and is a detailed document by necessity. It must have a title detailed enough for a reasonable person to understand what council is voting on, and more details in its body, such as authorizations and other assignments for executing the action.

END_OF_DOCUMENT_TOKEN_TO_BE_REPLACED

Mayor Jerry Smith stood by while other city officials threatened, without cause, the imminent eviction of residents from their homes above Lord Stanley’s.

Mayor Jerry Smith stood by as his city manager heaped insults and threats upon me and defamed me during council meetings.

Mayor Jerry Smith has just endorsed Cohen Barnes for mayor. How is that credible? Mayor Smith has rarely acted in a way that shows he understands the mayor’s role as champion of all the people. Former DeKalb Alderman David Jacobson was the one who showed up at Lord Stanley’s to talk to worried residents. Current DeKalb Alderman Carolyn Morris was the one who defended me against a smear campaign in an illegal closed session that excluded me – and then she defended DeKalb voters by voting to save the clerk’s office from malicious destruction.

END_OF_DOCUMENT_TOKEN_TO_BE_REPLACED

DeKalb’s city council has so far failed to face the troubling results of its last annual audit. This has led to a failure to recognize the connections between those results and the turnover and staff reductions in Finance Division, including the loss of a full-time finance director.

And the squeeze is still on for this year.

To put this into historical context, DeKalb used to have ten full-time, in-house finance staff, including an appointed treasurer/controller and two senior account clerks. Now there is no named full-time treasurer or controller, reductions in positions have occurred three years running, and these remaining staff are supervised by the assistant city manager, who also supervises human resources and information technology personnel.

END_OF_DOCUMENT_TOKEN_TO_BE_REPLACED 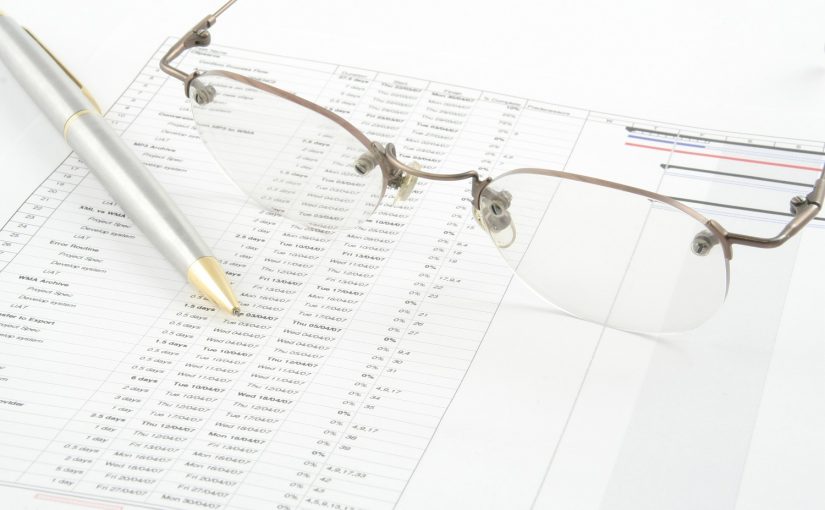 Let’s say you are looking at the Fire Pension Fund in the 2021 budget.


You can see the annual employer’s contribution is approaching $4.3 million.

Next, you decide to look at the Fire Department budget to get a feel for how much of the total FD budget is comprised of pension contributions.


The Fire budget shows only $3.5 million in employer contributions. What gives?

END_OF_DOCUMENT_TOKEN_TO_BE_REPLACED

This is my (intentionally stark) account of the destruction wrought some 30 years ago by one toxic person in a workplace. Names are changed.

Peter stopped getting out of bed in the mornings. He denied he was sick and said he just didn’t feel like going to work. After a couple weeks of this, his attendance dropped to 50% and there it stayed.

Peter had been the first client I’d met on my first shift working at a group home for adults with intellectual disabilities. When introduced, he’d clutched my arm with a gleam in his eye and I briefly wondered if I was cut out for the job. A couple weeks later I was tasked with nail care, and the first time he took off his socks I wondered again about my suitability. But by the six-month mark I was no longer startled by people standing too closely nor freaked out by fungal toenails. We’d worked together five years when Peter’s troubles started, so I did know he’d never miss work at the sheltered workshop voluntarily. Even the thought that he might be running late in the morning would upset him.

Investigating significant behavior change starts by talking with the client and ruling out medical issues. After that you talk some more: with client, family, frontline staff, and other members of an interdisciplinary team. Flynn, a recent hire with an impressive resumé, headed up the day training program Peter belonged to. Following a team meeting one morning, we drove to a nearby diner for a working lunch to brainstorm Peter’s situation.

The conversation was routine and unmemorable until it was time to head back to the office. As we started to gather our things Flynn said, “I come from a family that’s very open about sex.”

END_OF_DOCUMENT_TOKEN_TO_BE_REPLACED

The headline is a quote from City of DeKalb’s latest budget meeting, a joint meeting of city council with the Finance Advisory Committee held last week. Alderman Carolyn Morris asked about following up on findings from the TIF forensic assessment . The city manager and the FAC chair responded that no laws were broken, no “felonious activity” occurred, and that was pretty much that.

Let’s take a closer look at the statement that no laws were broken. If a city makes transfers from its TIF fund to its general operating fund to reimburse for staff time spent working on TIF projects, but then inflates the transfers beyond fair reimbursement to “bail out and make the General Fund look better,” as the city manager has aptly put it, these actions run counter to the TIF Act. Criminal penalties may not attach, but committing zero felonies doesn’t equal law-abiding. Taxpayers and taxing bodies got cheated out of returns on TIF projects so city government could enjoy a larger workforce than it could otherwise afford. The loss is real, large, and a result of ignoring rules to work a staff agenda. Don’t let anyone minimize it.

END_OF_DOCUMENT_TOKEN_TO_BE_REPLACED

As DeKalb’s city clerk, I’ve been participating in council meetings via teleconferencing since April. Then, during the July 13 committee-of-the-whole meeting, the city council, somewhat bizarrely, took a vote to allow me to teleconference. This post will explain why.

Here’s the clip of part of the mayor’s introduction to the topic. (The first 4-1/2 minutes of the audio were lost and not recovered.)

Accordingly, if a majority of the council allows for the city clerk to attend this meeting, and our following city council meeting, by means other than physical presence, then it may do so without also having to provide the same accommodations to the general public.

So, how did this all start? After looking at the July 13 council meeting agendas, I saw the city was intending to remove remote participation from the general public as an option. Here’s my email to the mayor about it:


The city then went right to work to prove me wrong. I think they spent half a day coming up with a reason to offer me the “courtesy” of the Zoom application while barring the public from same. The mayor rushed a vote through council on an item that wasn’t on the agenda — does council even know what it voted for? The vote itself was another subversion of the clerk’s independence of office, an abuse of home rule power, and — since home rule does not supersede the Open Meetings Act — it was a violation of OMA as well.

The one thing they got right, the one teensy bright spot in the latest fiasco, is the acknowledgement that council, not the city manager’s office, has the final say in how to conduct its meetings.

Let’s get that on the agenda for July 27.

The DeKalb city council recently received and filed its fiscal 2019 Comprehensive Annual Financial Report (CAFR) along with the auditor’s letters and communications to council and management. Although the audit was problematic, the council did not talk about the issues, so we will do it here. First, to summarize:

END_OF_DOCUMENT_TOKEN_TO_BE_REPLACED

The Daily Chronicle reports that City of DeKalb is eliminating the remote public participation option for meetings because Illinois is entering Phase 4 of its reopening.

First victim is Human Relations Commission, which during its last meeting enjoyed remote participation via the Zoom application by nearly 90 people. Since the meeting tonight also will not be televised, your only option for real-time participation is to show up in person for an historic discussion of recommendations for better police-community relations.

This is a completely backwards move. Reasons:

— Safety. I have not watched one city meeting in which board members and city staff have successfully practiced COVID-19 precautions. At times I’ve seen no masks, masks pulled down under noses and chins, and failures of social distancing — even people shaking hands. During the last TIF Joint Review Board meeting, members of the public who attended in person had to pass within a couple feet of board members to make their comments.

Another safety issue right now is the weather. Some people have medical issues that prevent them from venturing outdoors in the extreme heat. Pulling Zoom at this point seems ableist.

— Accommodation. The Open Meetings Act states that public meetings must be held at times and in places convenient to the public. Remote public participation is entirely consistent with the spirit of the Act, and turnout when Zoom is used demonstrates there is demand for this option.

— Progress. There is no good reason not to make remote public participation part of the repertoire for conducting meetings in a modern city.

Staff recently made a serious error on the wrong side of the Open Meetings Act by offering a remote participation option for members of the TIF Joint Review Board while barring the general public from the same option; the State’s Attorney’s Office had to step in to correct it. Better decisions could be made if council would stop ceding its authority in these matters to staff, who do not have the same motivation to take the side of the public. Conducting meetings is policy, and policy rightfully belongs with our elected representatives.