As part of staff reports during Monday’s regular city council meeting, the mayor read a statement from Todd Stoffa, a captain with the fire department who is also president of the DeKalb Firefighters Historical Foundation.

On behalf of DeKalb Firefighters Historical Foundation, I would like to express my sincere apologies for the mishap that led to the email and Facebook questions that were raised this past week regarding our 501(c)3 status. We were unaware of the issue until it was brought to our attention. We have been advised by our accountant that we were one of 22,000 small groups that were inadvertently and mistakenly dropped by the IRS due to a paperwork issue. We’ve already met with our accountant, and submitted all of the necessary documentation, to be reinstated as a valid 501(c)3 organization.

Yeah, the Facebook stuff was me. I made the issue public two Sundays ago when I discovered that the foundation is continuing to fundraise despite revocation of tax-exempt status.

They did so last year, too, and I did not want to see it repeated. In fact, the publicity for the Fall 2016 pancake breakfast advertised pricey tax-deductible sponsorships. 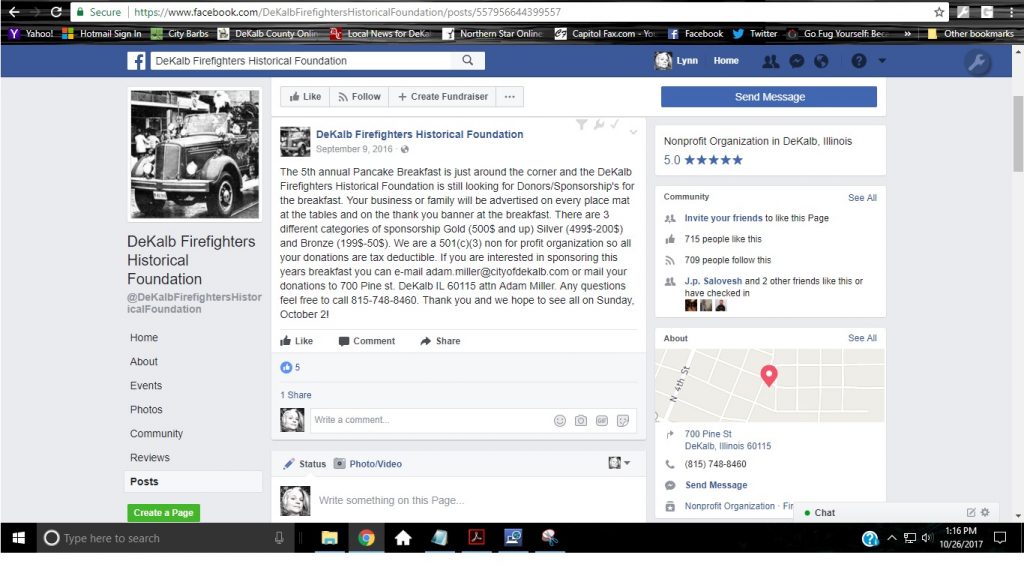