City of DeKalb is extremely happy with airport fuel sales over the past few months, and according to the 2018 draft budget is estimating $416,000 in gross fuel sales for 2017.

However, the recent increase is due to deep discounting of fuel, and fuel sales were better in previous years. 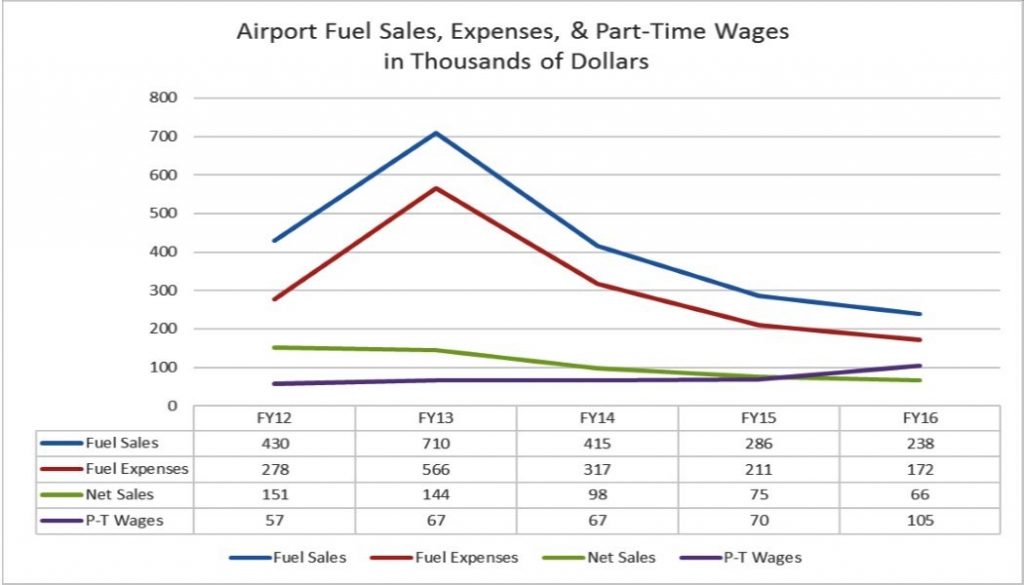 The airport in DeKalb began selling fuel in FY11. I’m tracking FY12 through FY16 because the data are complete and actual (not projections or other estimates).

DeKalb actually peaked in fuel sales in FY13. After that they continued to lose ground, to the point where net sales were (are?) no longer covering the wages of the part-time employees who dispense the fuel.

I really don’t want to be a negative nelly. DeKalb has been sending some $270,000 of local motor fuel taxes to the airport for the last couple years; I’d like to see that money returned for allocation to street repairs and improvements, and that means I’m pulling for the airport to become self-sustaining.

But can that happen if we don’t understand the reason(s) for the loss of ground since 2013? What happens when the current discounts end?