You need to know what that hole is, even if you can’t solve it right now. ~Larry Kujovich, Executive Partners, Inc., addressing the DeKalb city council on strategic planning (2013). 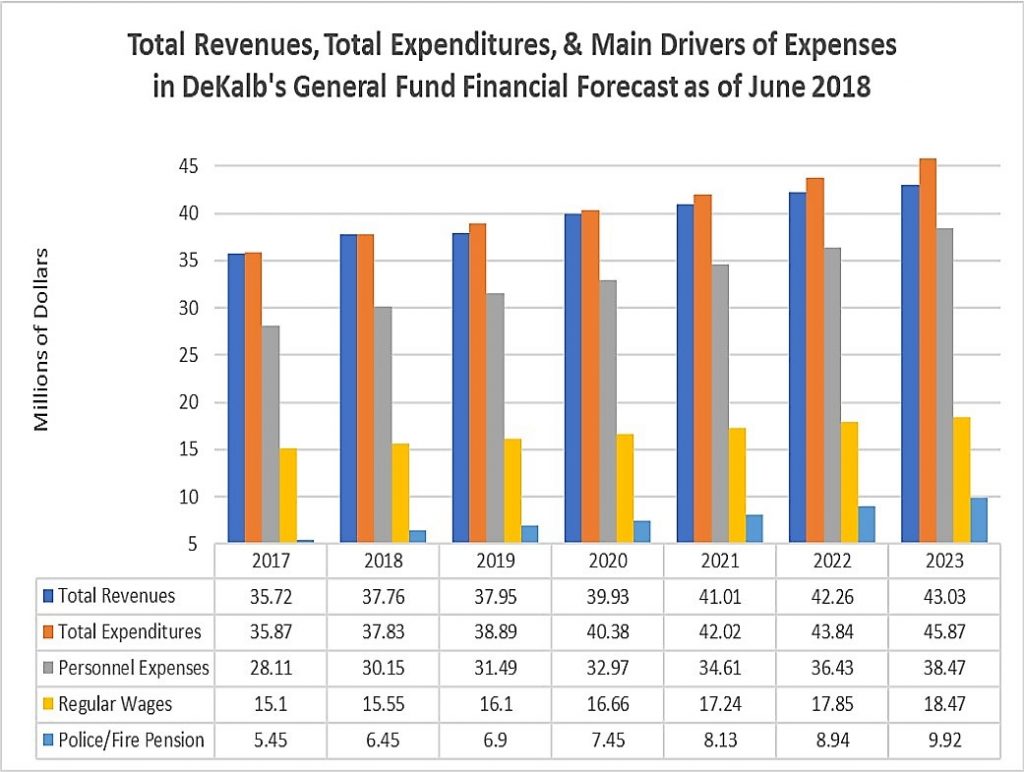 END_OF_DOCUMENT_TOKEN_TO_BE_REPLACED

The departure of NIU President Doug Baker is not simply a response to an OEIG report of mismanagement. In my opinion, it’s also the product of citizens’ efforts that began in May 2014 when someone anonymously mailed the College Town Partners agreement to a founder of a group of concerned DeKalb residents called Preserve Our Neighborhoods.

For three years, participants have submitted complaints to the state, and Freedom of Information Act requests to local public bodies. They’ve talked to neighbors, synthesized thousands of payment records and emails, attended and spoken at town halls and Board of Trustees meetings, worked to get articles published, wrote letters, and more.

Of course the OEIG report is indispensible. It shows the world Baker’s so-called “ethically inspired leadership” for the cynical b.s. that it always has been, ensures the dirt doesn’t get shoved under the rug, possibly opens the door to criminal investigations, and gives hope for better leadership at NIU.

But never underestimate the power of citizen-driven drip, drip, drip. I salute you, who played a part in this saga, and hope you enjoy the vindication.

“If half of life is showing up, the other half is endurance.” ~yinn

In a recent post, CityEthics’ Robert Wechsler tackles the issue of public officials’ attacking citizens who question their ethics (my emphasis).

…[W]hen they engage in ethical misconduct, when they misuse their office or deal irresponsibly with their conflicts of interest, then they are acting not in their own right, but as government officials. And as government officials, they have an obligation not to attack those who make accusations against them. This is a misuse of office for one’s own benefit that, in most cases, is worse than the ethical misconduct they have been accused of. Government officials can deny that they engaged in this misconduct (if indeed they didn’t) and they have a right to defend themselves in an ethics proceeding, but that is all.

And, ahem, about the hired attack dogs:

And their agents have no more right than this. Officials should make this clear to their attorney (government attorneys should already understand their own fiduciary obligations) and publicly counter any inappropriate statement, as well as apologizing to anyone an attorney has attacked on their behalf.

DeKalb citizens who speak up are no strangers to bad treatment from this city regime as well as the one it replaced. Indeed, during the last council meeting, Alderman Noreiko used the time usually devoted to ward reports to attack citizens who had spoken during the public comment portion of the meeting.

Wechsler says that ethics commissions should intervene when public officials or their attorneys go on the attack. DeKalb, of course, doesn’t have one yet but this is another good reason why we should.

…the Illinois model ordinance [for adoption by local units of government] is not even minimal. It only deals with political activities and gifts. There is nothing about conflicts; the word doesn’t even appear. To call it an ethics ordinance is like calling a burglary law a criminal code.
~ Robert Wechsler, CityEthics.org

Minimal as it is, City of DeKalb still can’t get it right. Remember when DeKalb Mayor Rey was called out for using his city email account for political activities? He was “admonished” by the city manager, who is the designated ethics advisor for the city. Even beyond the fact that city council members are the collective boss of city staff and shouldn’t be “admonished” by any city employee, that’s not how a complaint is supposed to be handled. Here’s what the Office of the Attorney General has to say:

Because it is vital that officers and employees understand the ethics laws, Article 15 of the Model Ordinance provides for the designation of an Ethics Advisor to whom officers and employees can address questions or concerns regarding compliance with its provisions, as well as other ethics matters, such as filing Statements of Economic Interest, where required.

Did the city attorney not know this, or was he counting on no one’s looking it up?

Obviously, the city has not yet adopted enough of the state’s model ordinance language to address its responsibility to penalize ethics scofflaws like Mayor Rey. Considering that local units of government, home rule or not, are required to adopt regulations that are “no less restrictive” than those contained in the Ethics Act, and “admonishment” is lesser than prosecution, DeKalb should correct its ethics ordinance right away.

The AG’s model ordinance is here. It is 11 pages long.

DeKalb’s ethics ordinance is here. It is two pages long.

CityEthics.org also has a model ordinance, and it is here.

As with yesterday’s clip, today’s video comes from a recording of the April 2013 workshop meeting involving DeKalb officials and the financial consultants Executive Partners, Inc. In this one, EPI’s Larry Kujovich explains why the city needs to shift to a more strategic, longer-term approach in allocating its resources.

The clip comes from the first couple minutes of this portion of the workshop video.

The setup: The April 2013 workshop meeting between city officials and their contracted financial consultants, Executive Partners, Inc., was coming to a close. EPI’s Larry Kujovich (on the left) and Rob Oberwise have been talking about the importance of image building to economic development. Alderman Ron Naylor remarks that economic development has been a priority for as long as he’s been involved with the city, so he asks, “Is there something that you’re saying we need to do more of?”

The clip comes from this 10-minute portion of the meeting video. Ald. Naylor’s question starts at 7:50 into it and both consultants respond. Watch to the end and you’ll see what impact Mr. Kujovich had on the discussion.

A Chronicle article last week talks about all the new building, equipment and personnel the City of DeKalb is investing into its fire department.

I read the article after just having skimmed through the city’s check register for August. The police department spent, among other things, $125,000+ on software and $2600 on the new dog, including $79.95 for a water bowl. They seem to be having fun. END_OF_DOCUMENT_TOKEN_TO_BE_REPLACED

Do you ever go into a store during a weekday when your own kids are in school, and see similarly-aged kids and think, “I wonder why they’re not in school?”

I’ve done so quite reflexively on occasion, and when that happens I say or do…nothing. Because it’s none of my business.

This is between the parents/guardians and whatever school authorities apply to the situation.

Now, city staff are pushing a truancy ordinance that would encourage police officers to enforce what in essence constitutes a curfew during weekdays that District 428 schools are in session, making truancy suddenly the business of the City of DeKalb.

If a school district has a truancy problem and a municipality needs more revenue, it might seem like a good solution on the surface. However, several flaws emerged at last night’s council meeting, not the least of which was any lack of anticipation of how this would affect the kids who are privately schooled. END_OF_DOCUMENT_TOKEN_TO_BE_REPLACED

Private citizen Arthur Clennam finally catches Mr. Barnacle in. Mr. Barnacle heads up Circumlocution, a government office with a far-flung reputation as a model for How Not to Do It.

“It is competent,” said Mr. Barnacle, “to any member of the–Public,” mentioning that obscure body with reluctance, as his natural enemy, “to memorialise the Circumlocution Department. Such formalities as are required to be observed in so doing, may be known on application to the proper branch of that Department.”

“Which is the proper branch?”

“I must refer you,” returned Mr. Barnacle, ringing the bell, “to the Department itself for a formal answer to that inquiry.”

I am rapidly developing a crush on Larry Kujovich, a member of the group of financial consultants hired by the City of DeKalb.

Still working on taking in the whole of the April 13 workshop video, I swooned this time during a discussion of image-building as part of economic development strategy.

Use terms like “image building” and “branding” and I reflexively roll my eyes because such exercises are futile when the desired image and reality reside in different zip codes. But I quickly regained focus when Mr. Kujovich said this:

[I]f you survey potential businesses, would they consider DeKalb business friendly? I don’t know the answer to that question. We have heard anecdotal evidence; some say that DeKalb is one of the most business-unfriendly cities they’ve ever encountered. Well, if that’s the case, economic development will be a challenge. So, it’s something that perhaps could be addressed.